Trending
You are at:Home»france»Mont Revard
By Markus Albert on 09/10/2014 france, roadbike

Autumn is my preferred cycling season although the days are getting shorter and at high altitude the temperatures are no longer like during summer. Last Thursday was a perfect golden October cycling day, so I decided to climb Mont Revard with the racing bike. Aix-les-Bains is about an hours drive from my place, mostly on motorways. I left the car on a parking of an industrial zone next to the toll station of the motorway and started the ascent in the small village of Gresy-sur-Aix, north of Aix-les-Bains. 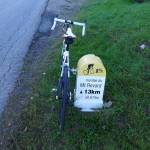 still a long way to go 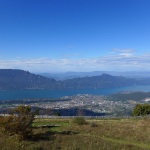 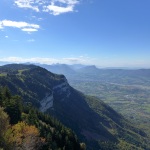 The road climbs at a very pleasant slope with a kilometer average which never exceeds 8%. As I rode during the morning of a working day there was hardly any traffic. I guess on a sunny weekend many tourists flock to Mont Revard for recreation. 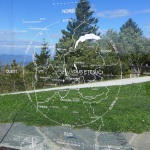 a bit of geography 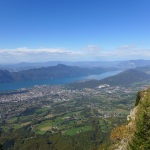 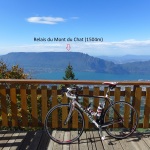 During my climb I met surprisingly very few cyclists. On top of the mountain I only saw one guy on his racer. After a few photo shots I installed myself on the beautiful, southfacing terrace and ordered Belgian summit beer and some food to recharge the batteries. 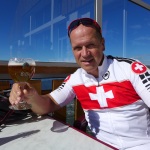 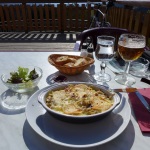 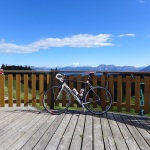 In 2013, the climb was visited by the Tour de France during the 20th stage from Annecy to Semnoz and Jens Voigt (GER) won it.