Trending
You are at:Home»alps»Sella Ronda
By Markus Albert on 29/06/2014 alps, hybrid, italy

I have been in the Dolomites before, but only with the MTB during several Transalp tours. This year I decided to visit Selva di Valgardena during the weekend of the Sella Ronda Bike Day. The plan was to cycle around the Sella group in both directions, first clockwise and then ccw on the bike day (= traffic free) . As the weather was excellent over the weekend, I could realize both trips. The contrast between traffic and no-traffic was enormous. I was a bit worried about hundreds of cyclist around me but it turned out to be a very pleasant and unforgettable experience. Even downhill riding at high speed was no problem as my whistling disc brakes served as a kind of gentle honk 😉 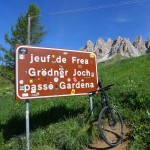 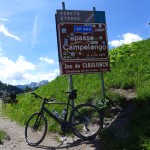 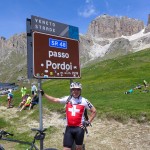 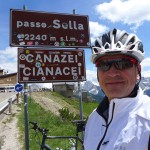 I shot all col sign photos the day before the Sella Ronda Bike Day while cycling clockwise because I expected those signs to be the main atraction during the day after, which turned out to be true…they were surrounded by bicycles and cyclists so that approaching them was basically impossible.

On Saturday the Hero Sella Ronda took place, a MTB race around the Sella group in clockwise direction. On some parts they stayed on the road so that I regularly crossed their itinerary. The ratio of MTBs to road  bikes on Sunday (bike day) was about 1:1, whereas male riders clearly dominated. 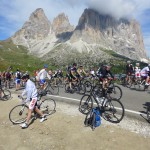 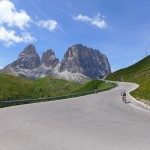 southern side of passo sella 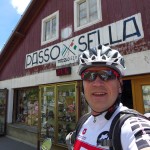 I didn’t spend much time in the crowds at passo Sella and descended rather fast down to the junction where the climb to passo Pordoi starts. I love to descend fast and on a road without traffic it’s even more fun, howevere one had to be a bit careful withe slow descenders… 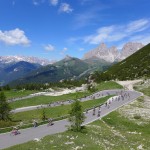 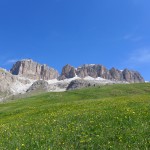 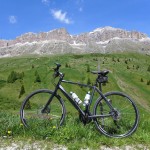 the hybrid bike was a good choice

My lunch break was in the picturesque town of Corvara where many other bike fellows also decided to have their food stop, so it wasn’t easy to find a place on a  nice and sunny terrace. 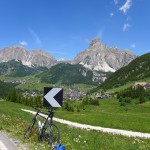 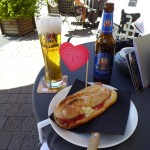 The last climb up to passo Gardena from Corvara was very nice as there are many hairpins which make it an interesting ascent. The landscapes around are truly fantastic as nearly on all four cols of this amazing loop. The least interesting col in my opinion is Campolongo as the views are unspectacular. 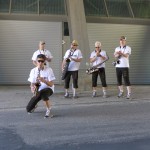 Sax quintett to cheer us up… 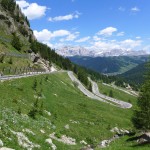 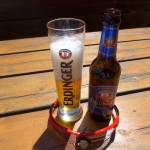 After a very sporty summit beer (no alcohol !) and an energy bar I headed down to Selva di Val Gardena. The weekend in the Dolomites with fantastic cycling weather, excellent food and breathtaking climbs & descents  was an unforgettable experience. Viva Italia ! 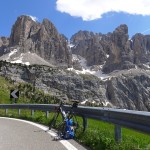 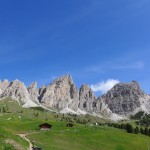 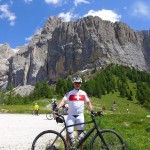 in Swiss dress around Sella

Interestingly the times of both loops only differ by 15s !